Graduate education — like academe as a whole — finds itself in a crucible moment brought on by the pandemic. On that much, many program leaders and pundits agree.

But Leonard Cassuto and Robert Weisbuch argue that the pandemic is highlighting problems that have persisted for decades — and, they hope, it will accelerate fixes for many of those problems. In their new book, The New Ph.D.: How to Build a Better Graduate Education, Cassuto and Weisbuch offer a toolbox for doctoral-program reform. Cassuto, a professor of English at Fordham University and author of The Chronicle‘s “Graduate Adviser” column, and Weisbuch, a former president of both the Woodrow Wilson National Fellowship Foundation and Drew University, envision doctoral programs calibrated to students’ broad career interests — particularly those outside the academy — and redefine academe’s relationship to the public.

I can’t see a single piece of evidence that suggests there is going to be a major recovery of professorial positions in the foreseeable future.

In The New Ph.D., they examine a spate of national reform efforts undertaken from 1990 to 2010, drawing on the successes and failures of those programs to offer a step-by-step guide to transforming a graduate program, including reducing time to degree and attracting a more diverse student cohort. They spoke recently with The Chronicle to share their thoughts about the state of graduate study. The discussion has been edited for length and clarity.

Covid-19 hit the United States just as your book was going into production. How do you think the pandemic affects the recommendations you make in it?

Cassuto: We argue in this book that graduate education needs to be more student-centered, career-diverse, and public-facing. One of the salient features of the Covid crisis with respect to doctoral education is that it throws into high relief the situation that was already on the ground beforehand. That is to say, graduate study needed before this to be more student-centered, career-diverse, and public-facing. The Covid pandemic makes these needs all the more clear, all the more obvious. We have to move on them.

Weisbuch: My personal motive for getting into this whole business was 25 years of teaching graduate students who were terrific, but who ended up having careers that were not worthy of their abilities — serving as adjuncts at low pay at several institutions at once, and so on — and thinking that this isn’t just a loss to the individual. This is a loss to our society. This is a waste of human resources that we can’t afford as a country. Our Ph.D.s have all sorts of abilities that can apply across all social sectors. And that’s not happening right now to the extent that it can.

So Covid is just going to accelerate all of the difficulties in the outcomes of Ph.D.s. But let’s remember that it’s been going on for half a century now. The so-called temporary job shortage started by 1970 or 1971. If this draws attention to the fact that we need to reconsider the Ph.D., that will eventually be to the good.

You make the point in your book that graduate programs should begin thinking about reform before a crisis is at the doorstep. What can programs do now, in a moment that many see as a crisis?

Cassuto: There wasn’t much good about the 2008 financial crisis. But one of the few benefits that it had was that it tore away the fig leaf from the academic rationalizations that good times were going to return one day if we were just patient enough to wait for them. In the wake of the 2008 financial crisis, a lot of Ph.D. reform got restarted, because there was a growing sense that we were facing a new normal and that we had to equip our students as well as ourselves to deal with that new normal and to redesign graduate education accordingly.

If you feel like you want to cling to the status quo now, you’re going to have to be really adept at denying reality.

Weisbuch: This is a Rorschach test for the faculty at this point. I think there’s just a natural tendency sometimes to deny facts that lead toward pessimism. It’s just undeniable that the prospects for tenure-track positions in the professoriate will be further reduced in the aftermath of Covid. So if you feel like you want to cling to the status quo now, you’re going to have to be really adept at denying reality. This is a moment, like 2008 was, that holds the potential for getting people who previously thought that things were pretty good overall to look at the real state of the students who they very much are devoted to and seeing what happens to them.

Cassuto: Yes, ideally, you do want to repair your house when the weather is nice and you can make sure that the new roof that you’re putting on is sturdy and will keep out the elements. But if the storm has already torn a hole in your roof, you’re going to have to repair it, unless you want it to rain in your house. We’re in that place, and we’ve got to do what we can.

So how do you reform a doctoral program, Covid-style?

Cassuto: The larger fundamental questions of mission and goals can recede before the needs of an immediate crisis, such as the one that we’re in now. Creating space and time to talk about the larger questions that confront graduate study in each program is more necessary than ever and more challenging than ever in the face of the pandemic.

Weisbuch: What are the first steps in thinking about strategy? One is a student survey that includes not only recent graduates and current students but also students who have left the program before completion. Accompanying that, asking at least some of the faculty members in any program to read up, to read our book and other books like it, and simply to learn what the realities are currently for graduate students at their place and nationally. The next thing that you would ask faculty to do is to ask the big question, “What’s our ultimate goal?” Let’s imagine that, four years from now, The Chronicle is writing about our program. What do we want the lead paragraph to say? So what is our ultimate ambition for our program? Usually you have to follow that question up with saying, “Can you be more specific? What if everything went our way?”

At least 140 doctoral programs have opted not to admit students in the fall of 2021. Some administrators of those programs said they’d use the time to re-evaluate their curricula and departmental priorities. Does a pause help a department carve out that kind of time?

Cassuto: When it comes to pauses, to our mind, it’s all about “What is the pause for?” If the pause is designed to do this kind of retrenchment, this examination of mission, the consideration of ultimate goals, we are very much in favor of that. If the pause is also about being able to give sufficient support to students who have to contemplate their prospects as they prepare to get their Ph.D.s and for the program to regroup and get behind them and to recognize the reality of their prospects — meaning that the majority of them are not going to wind up in academia — we are all for that.

If it’s a question of just admitting fewer students because there are fewer academic jobs, we are not so much for that. We’re arguing in this book that Ph.D.s certainly should be peopling the academic ranks, but that’s not the only goal. Society as a whole benefits when more Ph.D.s are in it, as long as they are happy to be there and happy to be productive in different areas of society.

You focus one chapter of your book on the role admissions processes could play in changing that paradigm.

Cassuto: Admissions to graduate programs have been stuck in an old-fashioned loop for many years. Irrespective of what our students wind up doing, in order for them to get into graduate school, we ask them to rehearse a dance in which they pretend that they want to be a professor at a research university. To get into graduate school, you need to write a personal statement in which you describe your goals as a researcher.

We need to include ways not only to give students an opportunity to explain other things about themselves, but we also need to think about our criteria in selecting them. We should not simply be selecting the ones who are going to be the best researchers, because that does not represent the range of what graduate students will do.

Weisbuch: What if a department or program were to receive an application from a student that said, “My goal in doing this is eventually to be teaching at a public high school and eventually becoming a curriculum director for that district”? Typically they go, “That’s not what we’re here for.” I had a student at Michigan once who told me that he was planning to become a high-school teacher. He told me that while I was working with him on his dissertation, and I angrily said in response, “That isn’t why we gave you your fellowship.” That student would now be my hero. And so that, I think, is the kind of attitudinal change that faculty need to make.

It’s so much more fun that way, too, not just for the students, but also for the faculty. What fun is it if your goal is so narrow that that 80 or 90 percent of your graduates don’t achieve it?

What do you see as the state of play for graduate education in the next few years?

Cassuto: I don’t think that the academic job market is going to come back in anything like the form that existed before. There is a way that the current moment is going to change graduate study. But I would like to think that it can help us recover our sense of purpose as educators and researchers together.

Weisbuch: Louis Menand suggested a three-year Ph.D. several years ago. Very few people want to go to a three-year Ph.D., but it would be an interesting experiment to take Menand’s extreme position and say, “You’ve got three years. What do you retain?” We think that’s a good way of getting people to think about, well, What might we not need to do so that we can do some new things without just adding on?

I think that it’s going to be a very bad time, even a doomsday time, for the old Ph.D., with its narrow goal. I can’t see a single piece of evidence that suggests there is going to be a major recovery of professorial positions in the foreseeable future. But we don’t see it as an either/or. One of the best ways to protect academic positions is if administrators believe that a particular Ph.D. graduate has different choices, that she can go outside the academy and get a great job, and therefore we’re going to have to attract her to stay in the academy. In many of the nonscience disciplines, in particular, I don’t think you hear that sentiment among deans and provosts and presidents very often. I’d like to hear it all the time. So, at the same time that it’s a very bad moment for the hidebound traditional Ph.D., I think it’s a very good time for the new Ph.D. 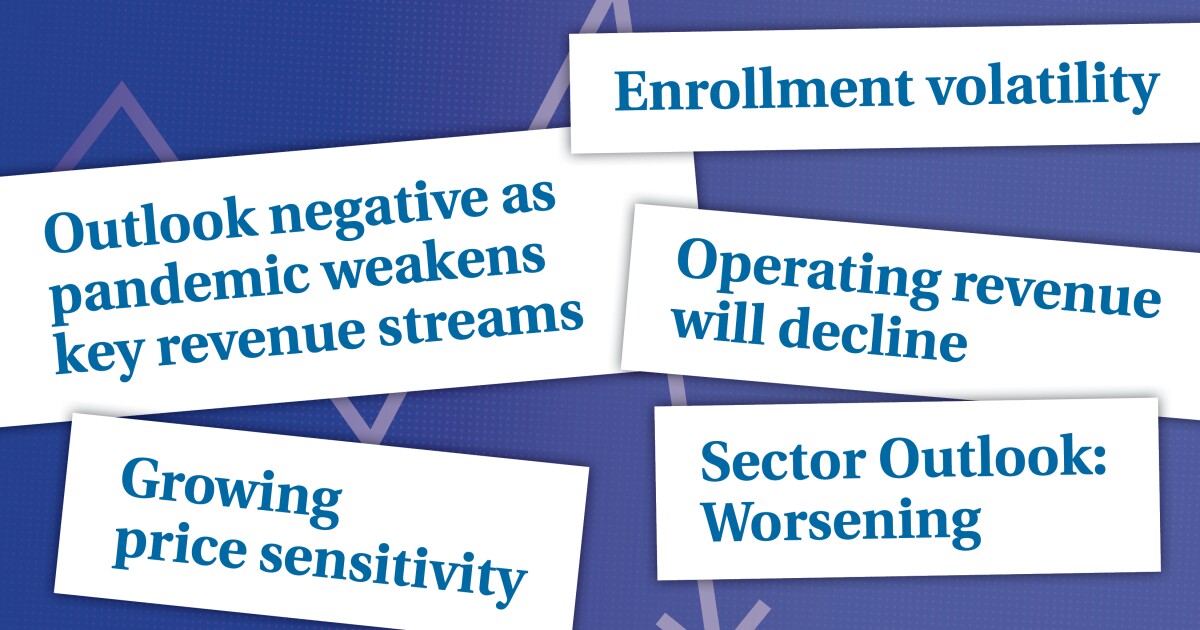 How to establish rapport with online students