On August 30, Amarillo College emailed its students a message it sends every semester: Would they take a few minutes to disclose their out-of-class needs?

Within 72 hours, 99 students attending the Texas community college had confirmed they were homeless. Some were staying in motels or hotels; others lived doubled or tripled up, or were sleeping in their cars.

“It breaks my heart,” said Cara Crowley, Amarillo College’s vice president for strategic initiatives. Without asking those questions, “I don’t know that we would know. … It’s critical we address these basic life needs before they drop out.”

Colleges have long collected academic-performance data such as retention and graduation rates. But the Covid-19 pandemic underscored how little many know about their students’ basic needs beyond the classroom — including their access to food, secure housing, child care, and transportation — information that 80 percent of community-college leaders said in a recent Ithaka S+R survey is “very” or “extremely” important for determining student success.

Existing student-needs data often comes in broader university-level or nationwide snapshots, like a Hope Center survey of 202 colleges and universities published this year that found nearly three in five students experience “basic-needs insecurity.” Yet while there’s interest in building colleges’ capacity for collecting this data themselves, campus leaders say they face inadequate staffing, funding, and infrastructure, as well as uncertainty of which metrics to add and other challenges.

Some colleges and universities have still made inroads. The California State University system has studied the prevalence of student homelessness and food insecurity on its campuses. Portland State University, in Oregon, conducted a similar survey in 2019 that even included employees, from custodial and groundskeeping staff to faculty members and deans, finding 22.7 percent had experienced housing insecurity that past year.

Amarillo College, in particular, has made its student-data collection a front-and-center priority in the last five years — nearly doubling its graduation and transfer rate in the process.

The two-year institution, located in a flat and rural area of the Texas Panhandle, serves about 9,000 students, 67 percent of whom receive some type of need-based financial aid. The college began surveying its students annually for food and housing insecurity in 2016, and has undergone a “data evolution” in the years since, Crowley said. Now, it’s been sending a voluntary one-page, 10-question email survey to every student before each semester begins.

The college then turns that data into action, often via partnerships with local nonprofits and city government. In 2017, for example, when the college learned that nearly 20 percent of its students had “no” or “limited” access to transportation, it collaborated with the City of Amarillo and the local transit authority to get direct bus routes to campus and free rides for students, faculty members, and staff. More recently, during the pandemic, the data has drawn officials a roadmap for how the college should distribute $15.6 million in federal stimulus aid.

Zeinab Ali, a 37-year-old Amarillo College student and mother of two from Somalia, told The Chronicle she wouldn’t be pursuing her nursing degree if the college weren’t assisting her with day-care costs and rent, or helping her look for a safer apartment after she discovered mold this summer. “There are so many people … if they have the resources, they can get their potential, and they can be who they want to be,” she said.

Crowley said this approach has played a “huge” part in the college’s graduation and transfer rate, which jumped to 58 percent in 2020 from 30 percent in 2015. Just between fall 2020 and spring 2021, too, the retention rate of students who’d filled out the survey and received financial assistance was 7 percentage points higher than the college-wide rate.

Crowley said she believes any college or university can set up a similar system.

“We support our students and we absolutely do what we can, but we seek outside resources to help us, ” she said. “You just have to know your community.”

Crowley acknowledged setting up a system to collect this data wasn’t like flipping on a light switch.

Between 2016 and 2017, Amarillo College used free surveys from the Hope Center and Trellis Company, but itched for data that could be tied to individual students. It then started spending about $20,000 annually in 2018 to use survey tools from the University of Texas at Austin that produced student-level data on topics including mental health and transportation. But after shouldering a $3.5–million loss in state funding over the 2015-16 and 2016-17 school years, Crowley said the college wanted to transition to a more “cost effective,” in-house assessment.

The pandemic sealed it, with Amarillo developing a 10-question survey — adapted from an Alamo Colleges District assessment — and circulating it to students beginning in August 2020.

How it works: All students receive an emailed link that directs them to log on to their student portal. Once logged on, they’re prompted to complete the survey.

Most of the questions ask about their status in the last 30 days. Have they struggled to pay mortgage or rent, or a child-care bill? Did they ever not eat because “there was not enough food”? Are there recurring mental-health-care expenses they’ve struggled to keep up with?

Respondents answer on a scale of one to five; one indicates “I’m good,” while five signals “I’m in crisis.” The last question, which asks for a “yes” or “no,” is about whether they have “permanent and adequate nighttime residence.”

Responses are then saved to the student’s file within the college’s student-information system. If a student answered four or five to any question, the system automatically generates and sends an email to the college’s Advocacy and Resource Center and Counseling Center.

While it took “a significant amount of time” and the assistance of three IT personnel to get it up and running last summer, Crowley said the work was done “within our job duties and job hours” and didn’t require additional hires. Only one IT staffer is assigned to occasional maintenance.

Crowley added that the college has seen a return on its investment, considering the boost in retention. Students receiving services through the Advocacy and Resource Center had a 4-percentage-point higher retention rate than their peers last school year, which Crowley has calculated equates to about $351,000 saved.

So how likely are students to respond? At the national level, many students are wary of universities stockpiling personal data. Some 53 percent in an Educause report last year said they’d be comfortable with their institution using their personal data to help them achieve their academic goals.

At Amarillo College, the level of interest in completing this latest survey is difficult to gauge; while it’s distributed to all students, the college has capped survey participation at about 20 percent during the pandemic because of limited federal aid. The survey circulated in late August closed after about 72 hours, with 22 percent of students having completed it.

Asked about how long this data is kept once a student graduates, Crowley wrote in an email to The Chronicle that the college will decide by end of this academic year whether to keep the data “indefinitely as part of the student’s record or transfer them to our institutional research data warehouse.”

Claudia Rubi Zaragoza Hernández, a sophomore and president of the college’s Hispanic Student Association, said she and friends she’s spoken with are OK with the data collection because they see the tangible support students get as a result.

“If they collected data and we don’t know why and the college doesn’t do anything with that information, I think we’d be more concerned,” the 22-year-old said. “But at least here … we get benefits from it.”

From Data to Results

On a Zoom call, Ali enthusiastically rattled off all the support she has received in response to her survey answers. She paused at times, getting emotional.

Ali has been struggling financially; she’s out of work, and her husband is too, spending months in Africa for a family emergency. After she filled out the survey, administrators notified her that the college would cover her $835-per-month rent this semester, and subsidize full-time day care for her 3-year-old son so she only has to pay $30 a week. The Advocacy and Resource Center, too, is helping her seek out other housing options after a leak in an upstairs unit caused mold growth and attracted mites.

“Amarillo College is my place to go and feel safe and feel equality. It’s equal opportunity and a ‘no excuses’” policy when it comes to education, she said.

Zaragoza Hernández, too, said the college referred her to various resources after she filled out the survey: The campus food pantry, where she now goes on occasion to grab shampoo, soap, toothpaste, soups, and granola bars. The library, where she rents books for her pre-nursing classes.

This level of wraparound support comes from multiple sources, both inside and outside the college.

One source, both recent and temporary, has been $15.6 million in Cares, Crrsaa, and ARP aid that, by law, must go directly to students. Amarillo College has used its survey to help inform distribution of those funds, giving respondents up to $2,000 each semester last year depending on severity of the need. This fall and spring, the cap will be $3,000.

Crowley knows that if the college wants to keep collecting this data long term — and it does — that level of cash assistance isn’t sustainable. The plan, in fact, is to start surveying all students next fall. (Students will be handed an iPad to complete it during their mandatory advising sessions each semester.)

“We won’t have the financial amount we have now, I’ll be honest there,” she said. The Cares and Crrsaa money is already spent, and the ARP funds have to be by July 2022 if Amarillo College can’t secure an extension. “But students will still get a wealth of information,” she added, along with access to some level of assistance through the college’s 100-percent donor-funded emergency aid fund, which sits at about $2.9 million.

Crowley is also confident in the deep partnerships the college has cultivated with local providers and 60 nonprofits. Lawyers in Amarillo do pro bono work for the college’s legal-aid clinic, helping with matters including divorces and DACA-renewal paperwork. The college sends students to Heal the City, a nonprofit health-care facility, for free or subsidized psychiatric care. Another nonprofit, Panhandle Community Services, is a key referral for housing, utilities, and mortgage-grant assistance.

There’s been discussion, for one, of how to share this data with faculty members — the “front line,” Crowley said — so they’re keyed in to who may need additional supports. As it stands, that information can only be shared with them if a student has answered four or five to a particular survey question. (The survey makes this clear to the students, Crowley said.)

Wider sharing “will involve significant training. … We also have very strict policies on protecting student information,” she said. “Those are things that we’re going to try to work through.”

She also expects that the survey will be revised by next fall. There’s more Crowley wants to know to about Amarillo College’s students, like who’s a part-time or full-time worker and the number and age of their children, if they have any. Zaragoza Hernández has a question she’d like to see added, too: whether the student is interested in counseling, with a “yes” response directing them to the Counseling Center’s website for appointment scheduling.

“Don’t ever have a survey with more than about 12 questions,” she said. “That’s about how long you can keep people’s attention.”

Where is Cam Newton playing now? Washington, Giants could be 2021 options for free agent 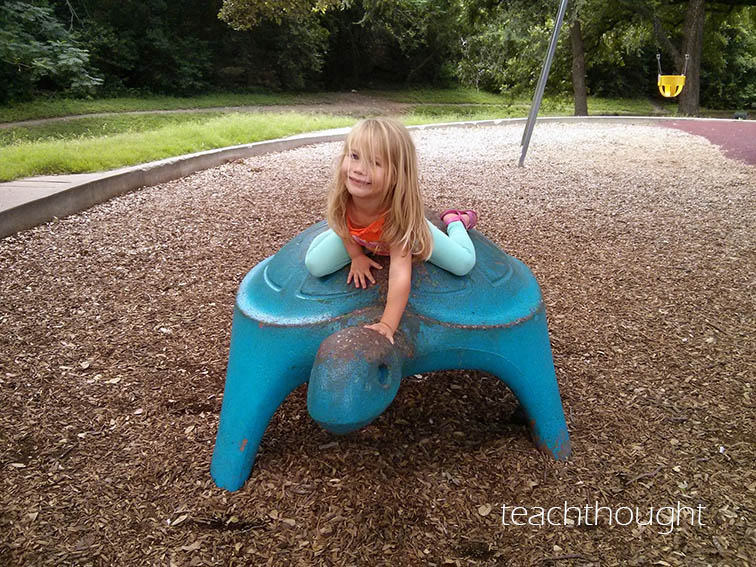 What Classrooms Can Learn From Informal Learning | 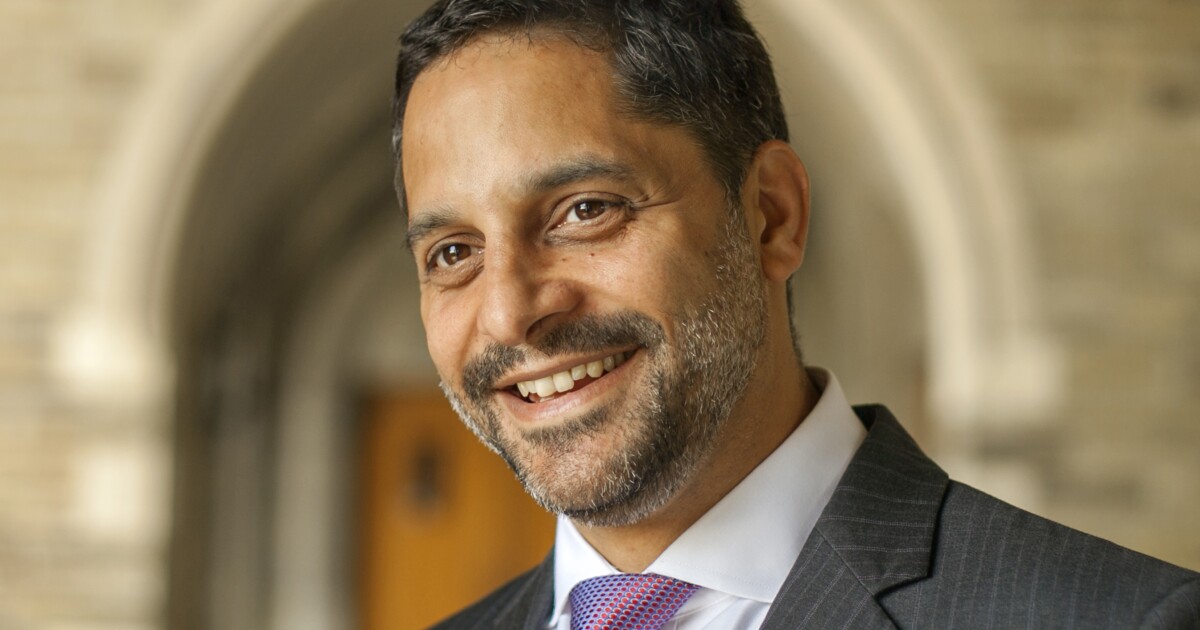