When colleges shifted operations online in the spring because of Covid-19, so much remained in question. How did the new coronavirus spread? What were its ill effects? Could colleges open for in-person instruction in the 2020-21 academic year, and what would happen if they did?

As the fall term comes to a close, we now have some hard-earned answers. These five lessons may shape institutions’ responses both to the coming spring semester and to pandemics and other public-health threats in the future.

1. With precautions in place, classrooms and other formal on-campus spaces aren’t important vectors of viral spread.

As institutions prepared to hold in-person classes this fall, they paid special attention to their classrooms, libraries, student unions, and other on-campus spaces. They removed seats, installed plexiglass, and updated ventilation systems. They required people to wear masks on campus, and, to varying degrees, they let staff and faculty members work from home.

In general, they’ve succeeded. They’ve prevented infections in those places. Classroom, office, and study-space transmission has occurred, but it’s not the major cause of college outbreaks. (Residence halls are an exception; for more on that, see Lesson 3.) At Temple University and the University of North Carolina at Chapel Hill, both of which had to flip online because they couldn’t contain student infections, administrators cited no instances of student-to-faculty transmission.

Other categories of campus employees have gotten sick at work. A Temple staff member contracted the virus outside the university, then passed it on to a coworker, said Mark Denys, senior director of student and employee health services at Temple’s medical school. Temple also had a small outbreak among housekeepers in May, while a cluster of North Carolina cleaning staff members became infected when athletes returned to campus early for voluntary workouts.

Over all, however, those outbreaks have been small, and administrators brought them quickly under control, which has not always been the case for outbreaks involving students interacting off campus.

2. Off-campus social gatherings are the top drivers of coronavirus at colleges.

Sometimes it was 400-person ragers. Sometimes it might have been simply an apartment of students who invited their neighbors over for pizza and beer — multiplied hundreds of times, by hundreds of such households in town. Either way, student social gatherings quickly became the fuel that kept college outbreaks burning.

Some Illinois students deliberately hung out with infected friends to catch the virus and “get it over with.”

At the University of Illinois at Urbana-Champaign, contact tracers heard about students who had tested positive and gone on to host parties, said Rebecca L. Smith, an associate professor of epidemiology who works on the university’s pandemic response. Some Illinois students deliberately hung out with infected friends to catch the virus and “get it over with,” she said.

The greatest difference between off-campus and on-campus environments was that students, staff, and faculty were often careful about wearing masks and social distancing while at school and work. “All indications and early data suggest that the compliance on campus has been extraordinarily high,” Robert A. Blouin, the Chapel Hill provost, said during a faculty meeting in August, discussing the university’s move online. “From my walking across campus, and we have been doing some spot-checking, it looks very, very good.”

It was outside of campus, during people’s off hours and in their homes, that things got dicey. For example, a CDC investigation of an outbreak among soccer players at an unnamed university in Chicago found that while the students always wore masks during training, they also attended small parties and visited one another’s apartments. During those events, they wore masks less than 10 percent of the time.

It’s not just students anymore, either. Campus contact tracers at several institutions said staff and faculty members have tested positive recently after gathering socially outside of work. With cases rising across the country, it’s becoming more likely that people will catch the virus off campus, then bring it on campus.

Not every student is an inveterate partyer. Indeed, Covid-19’s tendency to be transmitted through superspreader events means that even a minority of rule-breakers can spark major outbreaks. Take 10 students. If eight are conscientious about social distancing, but two aren’t, and one of the two triggers a superspreader event, you might still end up with a dozen new cases. In May, authorities in South Korea reported that one 29-year-old, who had visited five bars and clubs in one evening, had caused 34 infections.

The one exception to the on-campus/off-campus trend is on-campus housing, which has been the site of large outbreaks. Dormitory residents live in close quarters and share bathrooms, and even bedrooms in some cases. All of those conditions help the virus spread.

At the same time, surveillance testing and lowering dorm occupancy, a process called de-densification, have made a difference on some campuses. At Urbana-Champaign, some residence halls and Greek-letter houses have seen large outbreaks, but others haven’t, Smith said. When she and her team studied the buildings, they found that the major difference was student behavior.

They’ve since tried to encourage residents of the low-infection halls and houses to keep up their good habits by delivering freshly baked cookies to them. “We’ve done our best to reach out to the good halls as well as the bad ones, and to let them know they were doing a great job,” she said.

No matter what, however, roommates of infected students remain at high risk. “I know some universities de-densified their housing and did singles only,” Smith said. “If you can do that, I think that would be very effective.” After facing out-of-control viral transmission in August, Chapel Hill seems to have taken that lesson to heart. In its plan for an in-person spring, it’s moved to all single rooms.

4. Entry and surveillance testing are critical.

Coming into the fall term, colleges had wildly different testing strategies. Researchers are still studying the impact of those policies, but the top-line results are clear: Testing students immediately before they arrive on campus, and then continuing to test asymptomatic students throughout the term, is necessary to identify and deal with outbreaks before they careen out of control. In addition, administrators need to act quickly if they get a positive test. In new guidance, the National Academies of Sciences, Engineering, and Medicine recommended this week that students who test positive must go into isolation “within hours, not days,” and their contacts should be identified and tested “three to five days after exposure.”

Testing and swift reaction are so important because young adults appear to be highly likely not to know when they are contagious, because they don’t experience Covid-19 symptoms.

During its fall semester, Duke University tested all students at least once weekly. Among the positive cases uncovered during that surveillance, 51 percent were students who had no symptoms. In interviews, epidemiologists at Clemson University and at Urbana-Champaign said they had seen similarly large numbers of asymptomatic positive results in their own programs.

“I can’t imagine what would have happened on our campus if we didn’t have surveillance testing,” Smith said. “Our outbreak would have been probably five times larger by the time we detected it.”

Opening and not testing feels irresponsible to me. We just don’t know enough about the virus.

Corey Kalbaugh, an assistant professor of epidemiology who leads Clemson’s testing strategy, thinks colleges must surveillance-test their students if they plan to open in person. “Opening and not testing feels irresponsible to me,” he said. “We just don’t know enough about the virus.”

It’s true that young-adult students seem to have generally tolerated coronavirus infections well , although a small number have died. Still, epidemiologists recommend containing the virus as much as possible.

“You can’t let it run through your campus unchecked,” Kalbaugh said. “It seems, to date, that the effects on that age population are really, really limited, but we don’t know what the long-term effects are.”

In addition, large outbreaks among young adults can have grave consequences beyond the campus.

5. College-student outbreaks can lead to infections and deaths among more vulnerable people.

In early September, Pullman, Wash., home of Washington State University, was experiencing an unprecedented spike in coronavirus cases. The infections were driven by students who had returned to the rural town, despite the university’s holding all undergraduate classes online. “Our biggest fear is that it gets beyond the student-age group,” Phil Weiler, the university’s spokesman, said at the time. Washington State tried to head that off by testing students more intensively.

It apparently wasn’t enough. As has occurred across the country, the young-adult viral surge was followed by a rise in cases among older adults in the surrounding county. Outbreaks popped up in long-term-care facilities. About six weeks after a weekend of large parties at Washington State, held before the start of classes, Whitman County reported its first Covid-19 death, a woman in her 60s or 70s.

There’s no evidence that any members of the Washington State community had contact with people who lived or worked in the long-term-care facilities. However, scientists think that large case spikes in any population are likely to spill over to other groups. It takes only a few chains of transmission — a few unlucky alignments.

The same misfortune seems to have befallen La Crosse, Wis., as well. In a study that has yet to be peer-reviewed, a team of scientists in a local health-care network analyzed the genome sequences of positive coronavirus tests from the area. The team found that a strain of the virus that had circulated among students at an anonymous “College B” was genetically related to a strain that later entered two nursing facilities, where two patients died. That suggests the nursing-home outbreaks originated at the college, although it’s possible that a third source of the virus, not uncovered in the study, passed the virus to both populations.

Clear evidence that a college outbreak led to infections among more vulnerable people elsewhere may be difficult to come by. Genetic data like La Crosse’s is rare, and in Pullman the “signal” was extra-clear because the town previously had seen few infections. In an area with more “noise” — more existing infections, from other sources — the same sequence of events could occur but not be detected. Scientists consider that scenario likely.

“That’s almost certainly going to happen,” said Paraic A. Kenny, a cancer geneticist who led the La Crosse study. “You know these students don’t live in a bubble, especially if it’s a town with bars, and students leave the campus, and they need to go to stores and things like that. That’s likely going to entangle some members of the work force of these assisted-living facilities.”

Kenny hopes that his genetic study will help motivate young adults to keep up the hard work of preventing coronavirus infections.

“It’s one thing if young individuals think, ‘Oh, we’re going to get it, but most of us probably are not much at risk,’” he said. “If people in that situation can understand that there’s a true risk of transfer, in a pretty short timeline, to vulnerable populations, that might be an important piece to persuade folks to modify their behavior.”

Trump really wants to repeal Section 230 - this time at the expense the military. | Grit Daily News College Students Are Losing Confidence in Their Free-Speech Rights 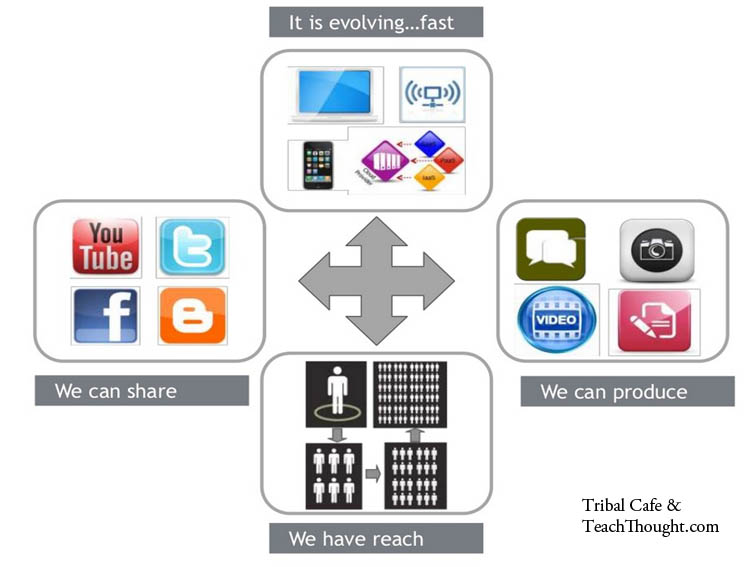 What Is Social Learning? 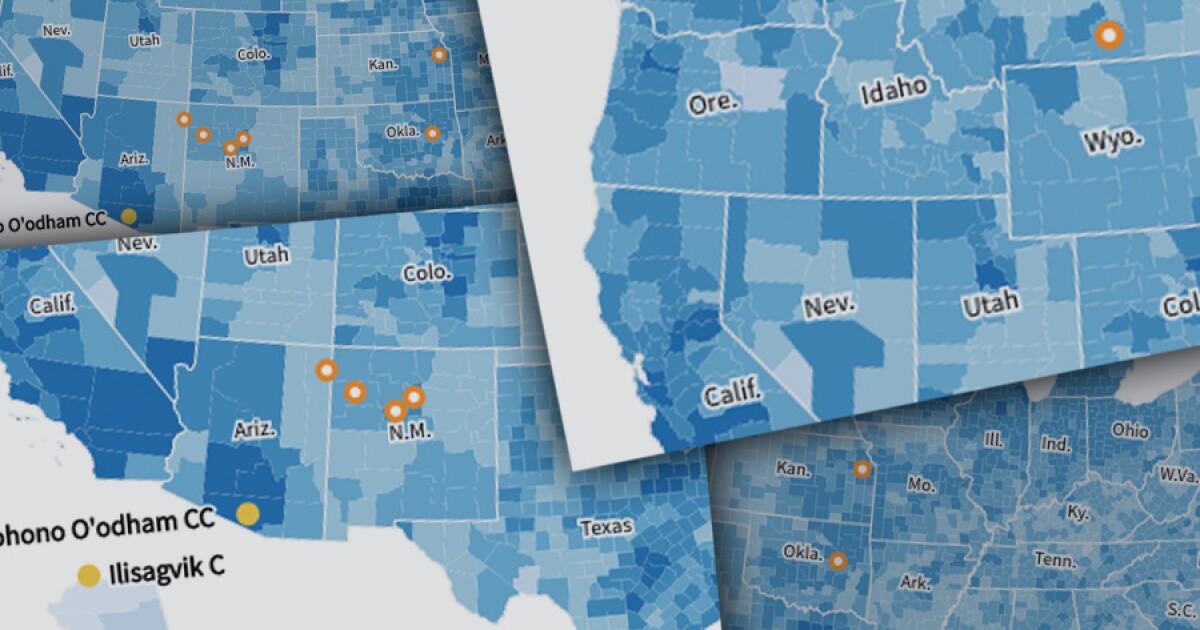 Why Tribal Colleges Struggle to Get Reliable Internet Service 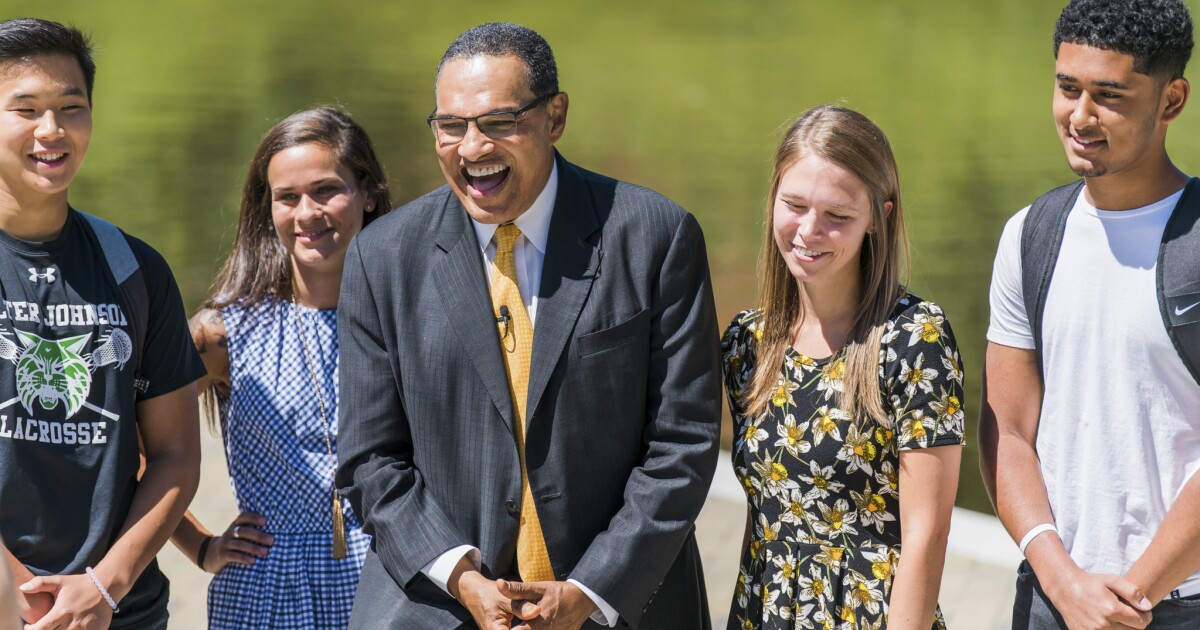 Can $1.5 Billion Help Diversify the Sciences?