he admissions process is cumbersome, inequitable, and screwed up beyond belief. Enrollment officials often say such things at their national conferences. They wring their hands, trade advice with colleagues, and sometimes brainstorm big-picture solutions to familiar problems. And then everyone goes back home and gets buried in work.

It’s no secret: Reforming a complicated system is hard. And it would be hard even if all the thousands of colleges involved in that system were (a) pretty similar, (b) not beset by intensifying enrollment challenges, and (c) in agreement about what’s really broken and how to fix it. But as long as many people believe that the admissions process isn’t fair — and it’s not — there will continue to be great interest in seeing the blueprints for Something Better.

A new set is on the way. On Monday two prominent associations announced a joint initiative to reimagine the admissions and financial-aid system. Their goal: redesign those processes to promote racial and ethnic equity in higher education. How would the processes work if enrolling more underrepresented minority students were the primary goal?

The eight-month project, financed by a grant from the Lumina Foundation, will bring together the National Association for College Admission Counseling and the National Association of Student Financial Aid Administrators. The groups plan to form a panel of — you guessed it — thought leaders in their respective memberships, as well as policy experts, legislators, college presidents, and representatives of technology companies.

Covid-19 has turned the admissions process upside down. But in an interview with The Chronicle last week, Angel B. Pérez, chief executive of the college-counseling group, said that the pandemic also presented a unique opportunity to rebuild that process. He described the initiative as an attempt to diversify the cast of characters discussing what a more fair and equitable system might look like. “We can’t be having these conversations in silos right now,” he said. “This is a chance to engage people who have the power to make decisions in their spaces and to actually move the needle on these issues.”

Higher education’s shelves are sagging with task-force reports describing college-access challenges. Pérez doesn’t want to add to that collection. The panel of experts, he said, would examine the entire college-entrance pipeline — student recruitment, college advising, application components, and financial-aid requirements — and develop specific recommendations to improve each part. The panel will present its findings, along with a step-by-step guide, to college leaders and legislators next summer.

Pérez, who was previously vice president for enrollment and student success at Trinity College, in Connecticut, has long worried about how the complexity of the admissions-and-aid process can discourage marginalized students who often get little or no help when applying to college. But he sees a disconnect: “Every VP of enrollment and every college president I talk to says, ‘Yes, this process should be simpler,’ but then every single year colleges keeping adding requirements.”

Justin Draeger, president and chief executive of the financial-aid administrators’ group, believes that higher education’s culture can work against the goal of enrolling more underrepresented students: “We’re enmeshed in a culture and tradition that doesn’t always align with the core objective to get more low-income people of color into college. We think about taking limited resources and allocating them in the most equitable way, but sometimes that very reasonable thought process doesn’t align with how students and families think about higher ed.”

One question Draeger hopes the panel will take up: Does higher education even need an aid application? “We’ve relied on the same data and proxies for decades, and maybe there is a legitimate reason to continue to do so,” he said. “But we ought to tackle the question of whether we have the policies in place for determining and defining who the neediest students are.”

ver the years, dreaming up a better admissions system has become a fashionable exercise. Every few months or so, someone proposes an admissions lottery, an idea that would replace the apparent randomness of admissions outcomes “with more randomness” — without really forcing colleges to confront systemic inequities. Many other well-intentioned proposals to improve admissions have focused on reducing the anxiety of affluent, high-achieving students, or fixated on small, superficial changes, such as replacing application essays with short videos.

Pérez and Draeger imagine a more drastic overhaul, a revamped system that would better serve both traditional-age and adult students of color who lack basic college-going knowledge. “As it is now, the majority of the work falls on the student,” Pérez said. “There’s a way to simplify it so that students don’t have to submit all this information at once, so that they can just raise their hand and say, ‘I want to go to college.’”

A while back, Jon Boeckenstedt, vice provost for enrollment at Oregon State University, proposed a centralized admissions clearinghouse that would allow high-school students to start their applications as freshmen, entering biographical and parental information into a national database that would be supplemented each year by the addition of grades, accomplishments, test scores, recommendations, and students’ individual interests. In a related piece for The Washington Post, he imagined a Google-run, student-centered process that would guide applicants through the “life cycle” of admissions; he acknowledged, though, that it would be difficult to achieve “cultural adaptation of a process that loosens tight university control in the interest of making the higher-education industry better from top to bottom.”

Changing the status quo in admissions isn’t easy, though. In 2015 a group of selective public and private colleges founded the the Coalition for College, hoping to “recast” the admissions process by forming a membership organization bound by specific requirements, building a shared application system, and engaging high-school students earlier with new online college-planning tools that would “streamline the experience of planning for and applying to college.” But neither that initiative, nor the continuing evolution of the rival Common Application, has fundamentally changed the experience of applying to college.

Admissions, in many ways, remains “frozen in time,” as The Chronicle reported five years ago. No matter how it might evolve, the process will continue to serve, at its core, the interests of the colleges that run it. Even with new tools and processes, longstanding institutional goals surely will endure. Even with changes in admissions criteria, one enrollment leader said in that article, “I’d still be thinking about balancing the class — the number of oboe players, geographic diversity.”

Yet Bigham, who worked in admissions before becoming a college counselor, knows that institutions often hesitate to make even small changes in their processes. “There’s a sense of competition that’s always there among colleges,” she said. “Presidents and boards might ask, ‘Should we get rid of essays? Our competitors didn’t get rid of essays. How will that make us seem?’ Getting leaders to de-escalate the competition is really hard. Self-interest and lack of time — that keeps people from changing.”

Still, Bigham sees a hunger for change in the admissions profession. And so does Pérez, who, like many leaders in higher education, recognizes that a tumultuous year has exacerbated educational inequities that disproportionately affect college students — and would-be college students — of color.

“We are in crisis, because of Covid-19, because of a lack of affordability, because of racial injustice,” he said. “If we don’t see fundamental change before the world creates a new normal, we will have missed a window of opportunity.”

PS5 games will be region-free 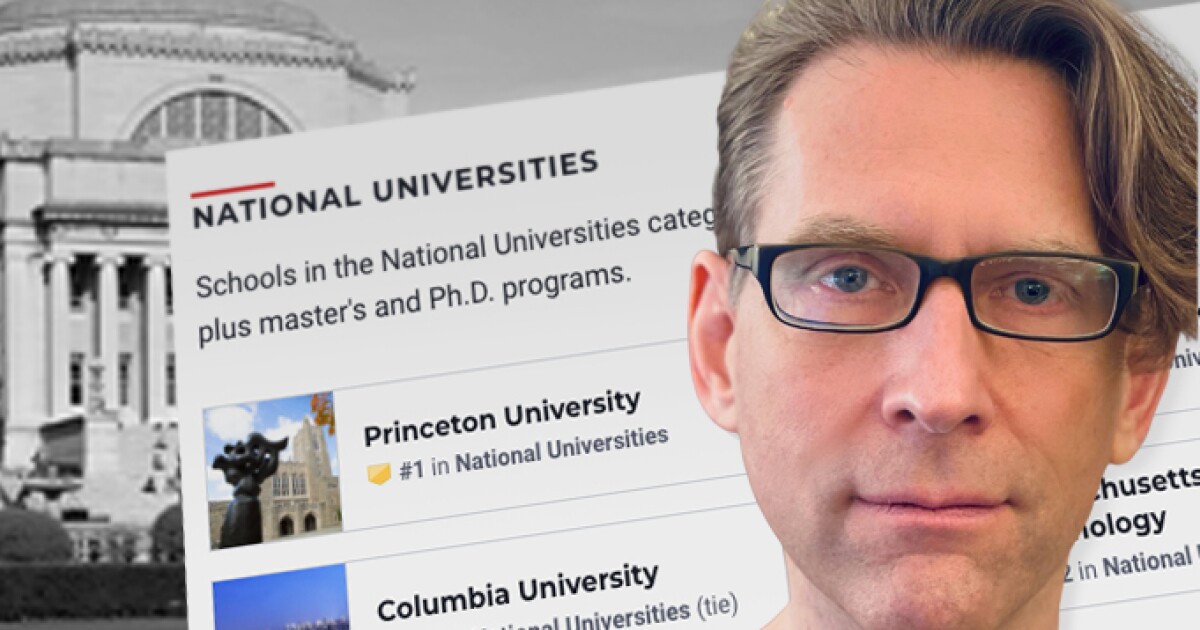 Columbia Is Ranked No. 2 by ‘U.S News.’ A Professor Says Its Spot Is Based on False Data.