Alexandra Brodsky has spent a decade thinking about the fraught question of how to respond to sexual harassment and sexual assault, on college campuses and elsewhere. But the former campus activist turned civil-rights lawyer is frustrated that, as she sees it, those conversations have become unproductive.

Brodsky founded Know Your IX, a national victim-advocacy group, and helped spur the federal government to hold colleges accountable on sexual assault. Discussions on the topic quickly became divisive, she writes in the book. Some advocates for people — mostly men — who believed they had been falsely accused came to the table “in bad faith,” she writes. As a result, some victims’ advocates “abandoned complexity, dismissing concerns about due process out of hand.”

When it comes to disciplinary procedures, Brodsky believes it’s possible to bring “good-faith actors” together around a shared goal: a process that works well and treats people fairly. Once that’s resolved, she says, institutions — including colleges — can turn to a messier issue: What kinds of behavior should be considered sexual harassment?

Brodsky’s book arrives as the Biden administration’s Education Department begins revising the Title IX regulations championed by the former education secretary Betsy DeVos, who sought to bolster protections for accused students and narrow the scope of complaints that colleges were required to investigate under Title IX, the federal gender-equity law.

Brodsky spoke recently with The Chronicle about why colleges can’t just turn sexual-misconduct issues over to the police, what she learned from talking with accused men, and what she’d like to see the Biden administration do. The interview has been edited for length and clarity.

What’s a fundamental misconception that you want to correct about how sexual harassment is handled in the legal system and within institutions, including colleges?

So many people think about these different alternatives as exclusive to one another. There has been lots of ink spilled in op-ed pages about whether school infrastructure to address sexual assault has come at the cost of students reporting to the police. Students can do both. A student could theoretically file a civil suit, report to the police, and report to their school. Each of those systems is going to provide different remedies on different time frames.

This goes to a broader point: There are lots of people who, to this day, believe that schools and workplaces have no business whatsoever addressing sexual harms. But even for those who recognize the need for some kind of institutional response, their imagination of what that looks like is tethered to the criminal system. If one employee punches another employee in the face, the fact that it is a crime doesn’t mean that the employer needs to put on a criminal trial before sanctioning the puncher.

Some people say colleges won’t ever handle sexual-harassment cases well, because of their fears about liability and reputational damage. What is your response to that?

Part of my question would be, what is your alternative? And two, do you believe that about all student discipline and all employee discipline, or is it just about sexual harassment? Schools deal with all kinds of disciplinary matters, and we can think that those procedures need to be significantly improved. But that’s not a problem unique to sexual harassment.

I am keenly aware of most schools’ problems. But my response to that is to make them better. Not to say, “Well, as a result of your failures, you’re off the hook. You no longer have any responsibility to address sexual harassment. Your students who are sexually harassed are out of luck. They’re just going to have to accept that sexual harassment is part of the cost of an education, and if that sexual harassment gets in the way of them learning, then too bad.” Because that’s what it would mean to alleviate schools of the responsibility to address these harms.

You see fighting for fairer disciplinary procedures as a “natural part” of what survivors have been fighting for all along. Do fellow victim advocates agree with you?

They mostly do. Know Your IX put together a letter back when I was there with our principles for how we thought about these questions of fair discipline. We understood that our ultimate mission was to make sure that students weren’t unjustly deprived of an education. We understood that unfair discipline is ripe for discriminatory outcomes. And we did not want sexual harms singled out for different treatment.

I think we’ve gotten pushback at times that comes from a really understandable place: a handful of survivor advocates saying, “The whole world is centered on these men who have hurt us. Why are you also devoting resources and care to them?” That’s a totally fair response, even if I disagree with it as a policy matter. It’s just really a question of role. I don’t think that every student activist needs to sit down and spend a lot of time thinking about the rights of the person who hurt them. But if we’re trying to get these policy questions right, some of us have to do that.

Tell me about your conversations with men who had been accused of what they described as false allegations. You said they were really hard for you. You wrote, “On some occasions I learned through fact-checking that I had been lied to, and felt foolish.”

For me, a guiding principle is curiosity. Some of these guys admitted that they had done some of what they were accused of doing. Most did not. I just relieved myself of the obligation of figuring out whether that was true, because the project in the book is not what happened between John and Jane that night. The project of the book is, what does it feel to be subjected to these procedures?

I was grateful that people accused of sexual harms were willing to talk to me. I was able to learn from them what these procedures have felt like to them — what had felt fair, what had felt unfair. The human experience of going through one of these investigations doesn’t always map onto what we might think from the policy debates. No one I talked to said, “The thing that would have felt fair to me is this particular model of cross examination,” which is what so much of the national debate is fixated on. It was things like “The investigator wouldn’t look me in the eye, and that made me feel like he had prejudged me.”

Did anything surprise you?

I was surprised to hear from a couple of people — both workers and students — who thought that the process had been good for them. Not that they enjoyed it, but that they had done it [what they were accused of doing], and were glad that someone had called them out.

There were some people who initially framed their objections as procedural concerns whose true objections were the substance. They didn’t have specific objections to the investigatory process. They thought what they were accused of doing wasn’t bad — wasn’t sanctionable. A lot of the policy debates have demanded procedural solutions to what are actually just disagreements about what conduct is bad. There’s no procedural fix to that question. We should just instead have the far-messier debate about how people should treat each other, and to my mind, resolving the procedural questions makes space to do that.

In the book, you explicitly decided not to address the issue of what should count as sexual harassment. Why not?

One simple answer is just that I think that’s another whole book. There’s less room for agreement there. I’m less optimistic about consensus. I really do feel like when you get people acting in good faith in a room together, that you can distill the policy disagreements to some really minor points. I don’t know if that’s true about substance. There are a lot of people out there who don’t think that many forms of sexual harassment are bad. At a certain point that is no longer a technocratic question; that’s a deep, moral one. This is not me saying, “Let’s just throw up our hands.” But it’s not the kind of thing I could have addressed in a chapter. And again, I really do think that the more we can disaggregate the questions, the more clarity we’ll have on both accounts.

What is your definition of “bad-faith actors”? At what point is someone not worth engaging with?

For me, the ultimate question is: Is your critique motivated by a concern for process? Or is it motivated by misogyny, or rape myths, or a fundamental lack of concern for the underlying harm? Red flags for me are exceptionalism — if someone is demanding disciplinary procedures for sexual harassment that they do not demand for other kinds of student or employee discipline. And if their procedural critiques are intertwined with a trivialization of the underlying harm. A more-robust commitment to process takes the form of “I agree that campus sexual assault is really bad and a real problem, and also people who are accused of it should be treated fairly.” You don’t need to minimize the harm to victims or broadly cast aspersion on the validity of these reports to stand up for strong procedural protections.

The federal government is tackling Title IX right now. How can the Education Department apply the lessons of the book to make better federal policy?

My hope is that this department does not respond to the DeVos-era micromanaging of school discipline — the creation of exceptionally onerous procedures for these kinds of harms — with more micromanaging. Instead, I hope to see a return to the department’s longstanding approach, which was that Title IX provides safeguards. Title IX requires equitable treatment of both parties because it is a civil-rights law, but Title IX itself does not speak to exactly what kind of disciplinary model every single school needs to use. It would be great for the department to provide guidance on different kinds of models that they view as supporting both Title IX and constitutional due process and principles of fundamental fairness. But I really hope that they don’t dictate a single model that every school has to use.

If we continue to have this debate in a silo about what student discipline looks like for sexual harassment, we’re just going to Ping-Pong back and forth between different administrations. But if we help schools figure out what fair discipline looks like as a general matter, we’re more likely to find good, sustainable solutions.

That is a relatively hopeful note to end the conversation on.

You have to be. I sue schools for a living — I’m not used to being the optimist in the room. But the alternative is just to give up on survivors’ education. That’s not an option. 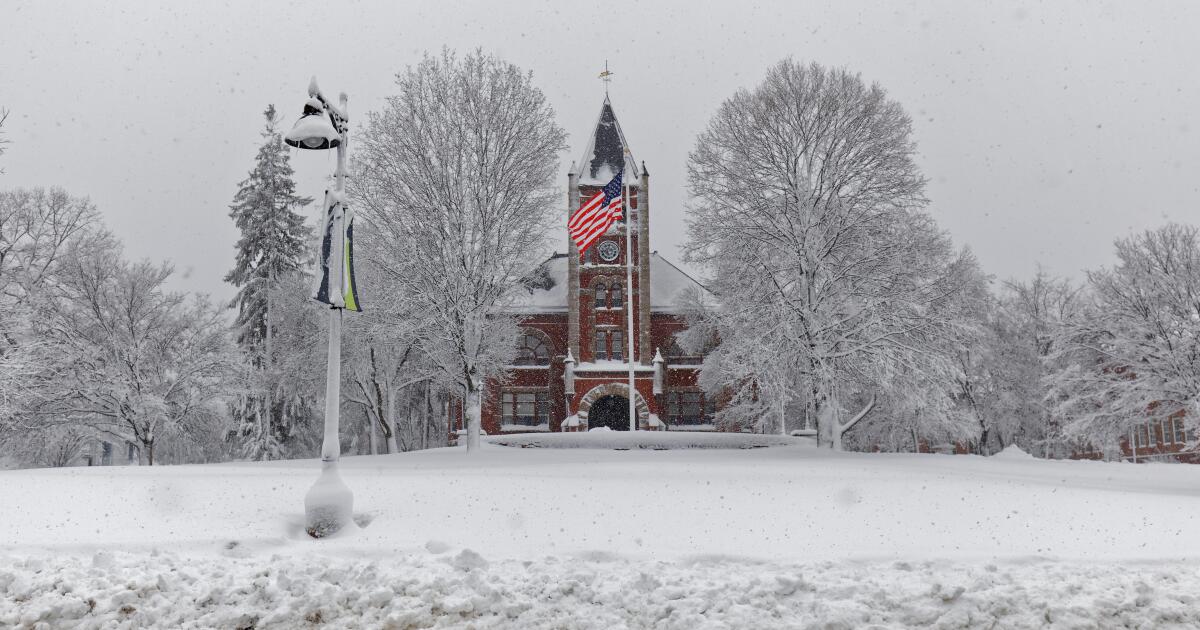 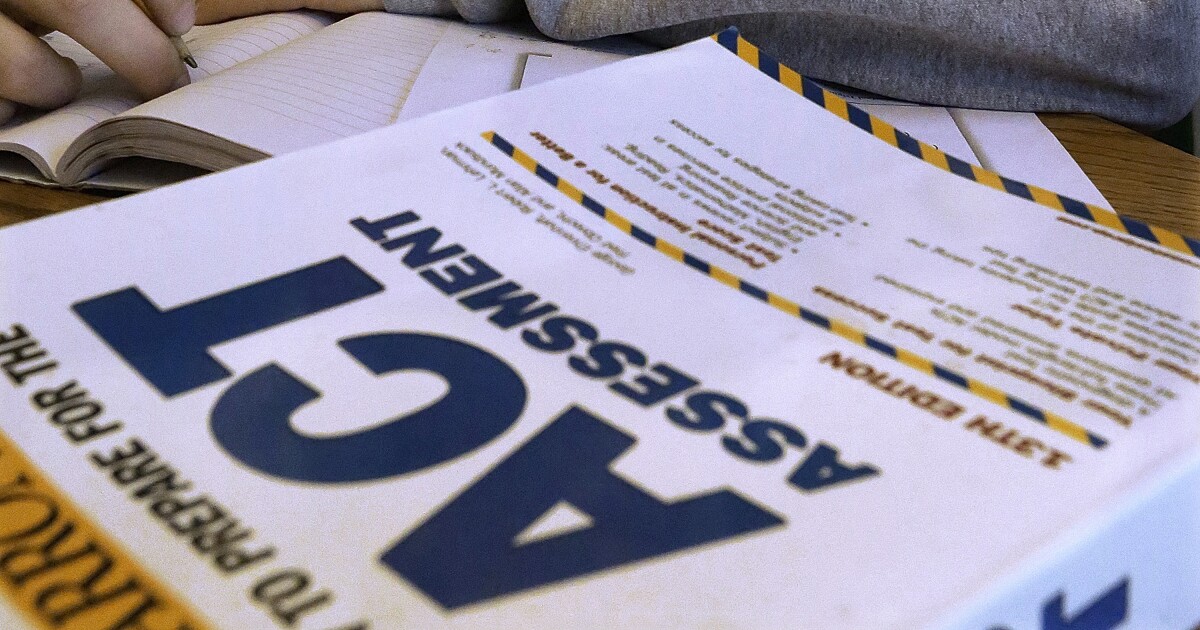