When freshman enrollment fell more than 10 percent in the fall of 2020, college leaders crossed their fingers that the students would show up in the spring, or at least the following fall.

But sometimes a “gap year” is not just a gap year. Only 2 percent of spring 2020 high-school graduates who sat out college that fall enrolled this past one, the National Student Clearinghouse found.

Without swift action by colleges, many potential students could be lost for good.

Some students postponed college because they didn’t want to study online — or lacked the technology necessary to do so. Others opted to work full time after a family member lost their job or had their hours cut. Still others stayed home to watch their siblings while their parents worked.

Without swift action by colleges, many of these students could be lost to higher education for good. Research shows that students who delay college enrollment are far less likely than their peers who enroll immediately to graduate on time, if at all. And the longer they’re away from school, the harder it is to bring them back.

Mindful of those statistics, many institutions have sought to remove barriers to enrollment for the Covid classes of 2020 and 2021, waiving testing requirements and application fees, extending deposit deadlines, even freezing tuition. Some have reached out to admitted students who didn’t show up, offering scholarships and other incentives to enroll.

But the yeoman’s work of tracking down the missing students and getting them back on track to college has fallen to school districts and access groups in cities with large numbers of low-income students, including Baltimore, Cleveland, Milwaukee, and Riverside, Calif.

The work can be labor-intensive, and dispiritingly low-yield, but it is critical, not just for the students, who may otherwise become stuck in the low-wage jobs, but for the economy and society at large. If thousands of individuals miss out on a college degree, labor shortages could worsen, and wealth gaps could grow wider, deepening the nation’s socioeconomic and political divides.

For colleges — particularly those that were struggling with enrollment even before the pandemic — re-engaging students whose college plans were disrupted by Covid-19 is both a matter of mission and a financial imperative. The higher-ed sector shed a half million undergraduates the last academic year, and it looks like this year won’t bring the rebound many had hoped for. Data released on Thursday by the Clearinghouse show that freshman enrollment increased by just 0.4 percent, or 8,100 students, this past fall — not nearly enough to recover from the double-digit decline of 2020. There are still 213,400 fewer freshmen on college campuses than there were in 2019, and overall undergraduate enrollment is down 3.1 percent from last year, compounding the fall of 2020’s 4.5 percent drop.

If thousands opt out of college permanently, labor shortages could worsen and wealth gaps could widen, deepening the nation’s divides.

But there are encouraging signs, too. In a recent survey by the Strada Center for Education Consumer Insights, nearly two-thirds of students from the classes of 2020 and 2021 who had postponed college said they were very or extremely likely to continue their education in the future, and nearly all said they were at least somewhat likely to do so. The authors conclude that “the right interventions, provided quickly, could bring these students back.”

Not everything the districts and access groups are trying would translate to the college context, and some of their efforts are too expensive to replicate on a large scale. But their work offers lessons for colleges doing their part to put recent high-school graduates back on the path to a degree. Here are four of them:

In Riverside County, in California, the pandemic has erased years of progress in raising the region’s college-going rate, once among the worst in the country. But Catalina Cifuentes, the county’s executive director of college and career readiness, isn’t giving up.

Last winter she led a team of Riverside County school counselors in calling thousands of 2020 high-school graduates to ask them why they hadn’t enrolled in college, and what the counselors could do to help. Together, they persuaded 100 alumni to sign up for appointments to get help applying for college or financial aid.

It was time-consuming work, and the callers swayed only a fraction of the would-be freshmen, but Cifuentes believes it was worth the effort. She plans to repeat the campaign with the classes of 2020 and 2021 this year.

“It takes one-on-one to get students back in school,” she said. “So we went back to ‘old school’ phone banking.”

While colleges don’t have an army of counselors at their disposal, they do have another, sometimes overlooked, asset: their students. And some colleges are tapping them to track down would-be classmates.

At Milwaukee Area Technical College, teams of “student ambassadors” called more than 1,000 students from the class of 2020 who had previously applied for a grant from the MATC Promise for New High School Graduates to let them know the acceptance deadline had been extended. The City University of New York, which created a “winter bridge” program last year, hired student coaches to offer individualized support weekly to the more than 7,500 students who had committed to a CUNY campus for the fall of 2020, but had not yet matriculated. Roughly a quarter of the contacted students enrolled in the spring, the vast majority of them at CUNY.

Districts and access groups have also revived another “old school” recruiting tactic during the pandemic: postcards.

Group leaders say they recognize that many of the cards won’t reach prospective students, who may have moved out of their childhood homes. But the postcards could still have an impact, said Julie Szeltner, senior director of adult programs at College Now Greater Cleveland.

“If grandma or mom gets it, maybe they’ll ignite a fire under them,” she said.

Recent high-school graduates have experienced major upheaval in their education and personal lives these past two years. Colleges should acknowledge and speak directly to those challenges.

At 10,000 Degrees, a California nonprofit, counselors haven’t adjusted their outreach strategy so much as their messaging, said Karla Santiago, director of four-year and alumni success.

Colleges should acknowledge and speak directly to the upheaval students have faced in their lives over the past two years.

“We’re intentional about the fact that it’s difficult to be navigating school when there is so much happening in the world right now,” she said. “We’re making sure they understand that plans can shift. There’s not one straight pathway for all students.”

“The ‘It’s never too late’ kind of language is definitely used, too,” Santiago added.

CUNY’s coaches were taught to acknowledge the uncertainty many students feel about their future and speak to their anxieties about attending college in a hybrid format, a system spokesman said.

Most prospective students don’t need to be sold on the value of a college degree, they just need help fitting higher ed into their complicated lives, said Szeltner.

“It’s not like they haven’t heard the message, it’s just that life blew up,” she said.

But some students will need some persuading to come to college, said Rich Nickel, president and chief executive of Education Forward Arizona. With employers desperate to fill job openings, a growing number of students are questioning whether they even need a degree to get a well-paying job, he said.

“They’ve bought into this ‘college isn’t for everybody’ messaging that is really prevalent in our society right now,” Nickel said.

Colleges should anticipate questions about their value in a changing economy and be ready to describe how they will prepare students for the jobs of the future.

Go Where the Students Are

To reach recent grads who were most likely to have postponed college, Baltimore City Public Schools turned to geofencing — a technology that lets advertisers target their messages to their desired demographic groups.

When Baltimore residents stood at a bus stop in a ZIP code with a low rate of federal financial-aid applications, an ad would pop up on their cellphones directing them to the city’s new Navigator Center, a website with information on college and careers, and links to schedule an appointment with a counselor. When residents boarded the bus, they’d see a physical ad with a QR code that linked to the center.

“We wanted to meet students where they are, and we know students are on buses,” said Tracy Kyttle, district manager of postsecondary advising.

The district also went where students shop, handing stacks of postcards with information about the Navigator to the Downtown Locker Room, an urban fashion retailer, to stuff in customers’ bags.

Meeting students where they are also means meeting them on social media — and knowing their influencers. In Baltimore, Kyttle enlisted local radio personalities as well as community-based organizations to promote college preparation over Instagram.

“It’s ‘How can you be culturally responsive to hype up things?’” she said.

Milwaukee Public Schools asked alumni who started college in the fall of 2020 to share their experiences over social media, to allay their classmates’ concerns about enrolling amid the pandemic.

In Cleveland, where the immediate college enrollment rate fell 10 percentage points in 2020, College Now is conducting its first digital advertising campaign, hoping to create a “sense of urgency” around starting or returning to college, said Maggie McGrath, executive director of the Higher Education Compact of Greater Cleveland. The group is using a tool called CollegeAPP to home in on local adults age 18 to 49 who have expressed an interest in college.

Colleges that serve a distinct market, such as a city or region, could make similar use of location-based marketing, pinpointing recent high-school graduates who haven’t enrolled, and targeting their messages to them.

But they shouldn’t expect miracles. So far, fewer than 3 percent of the recipients of College Now’s ads have clicked through to its website. Still, that’s better than the average Facebook engagement campaign, a spokeswoman for College Now said. Besides, many people in the group’s target audience have been out of school for years or even decades, making them harder to recruit. Colleges might have better luck with recent high-school graduates.

Give Them More Time

To encourage high-school graduates to enroll in college after a semester or year away from school, some scholarship and Promise programs have extended their usual application deadlines. Milwaukee Area Technical College reopened the application period for the MATC Promise grants twice, once in the winter of 2020, and again in the winter of 2021. The extensions yielded an additional 528 applicants, a college spokeswoman said.

A few colleges and organizations have even created scholarships specifically for the classes of 2020 and 2021, including Education Forward Arizona, which offers a $1,000 “Adelante” scholarship funded with support from the Helios Foundation.

But persuading students to take the free money hasn’t been easy. Though the nonprofit has enough funding for 750 scholarships, so far only 100 students have accepted them.

Part of the challenge, said Nickel, is that the group has had to rely on schools to supply lists of candidates, and not all have provided them.

Schools are “basically in survival mode,” he said. “Sometimes helping students who have been out of school for 18 months doesn’t rise to the top of their priorities.”

Colleges without strong connections to local school districts might face similar challenges, though they could at least offer awards to admitted students who didn’t enroll.

Matthew Lopez, executive director of admission services at Arizona State University, said Education Forward’s $1,000 scholarship may have simply been insufficient to attract would-be students, given the high cost of college. For its part, the university has offered full-tuition scholarships to any student from the class of 2020 who would have qualified for one if they’d enrolled right after high school. So far, 80 or 90 students have accepted the offer.

That’s not a lot at a university with 63,000 undergraduates, Lopez acknowledged, but he said every student matters.

“There’s no one silver bullet” to the Covid-19 freshman enrollment crash, he said. “If extending the scholarship gets a few dozen students, it’s worth it.”

Wait—If You're Not Using Korean Makeup, You're Seriously Missing Out

The Association of Latino Administrators Announces its New Executive Board 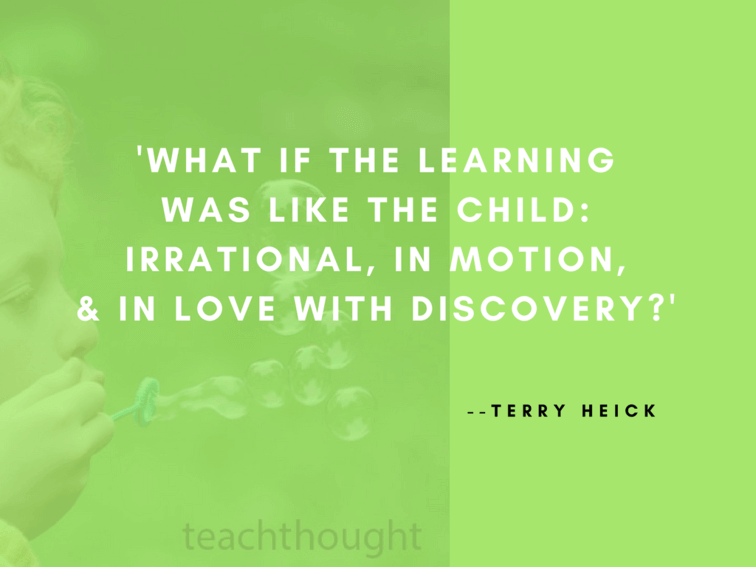 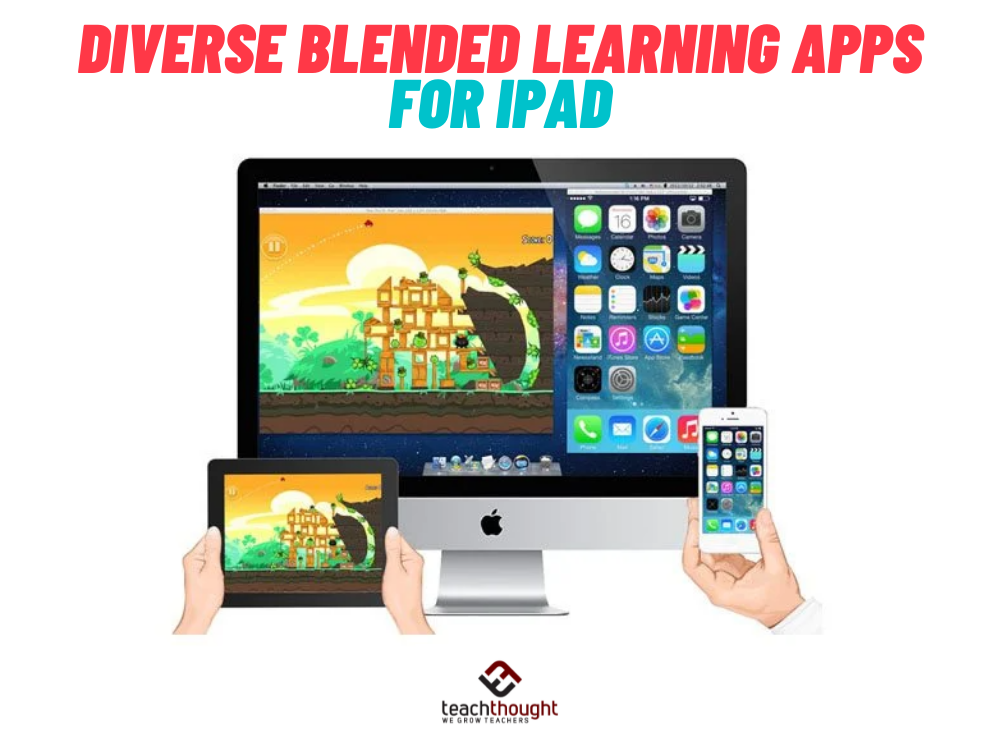