There is a lot of chatter about Jeff Bezos announcing his retirement and a $2 billion investment in Montessori pre-schools for low-income communities.

One statement stood out as both important and somewhat ironic: “We’ll use the same set of principles that have driven Amazon. Most important among those will be genuine, intense customer obsession. The child will be the customer.”

I actually don’t have an issue with this slightly-uncomfortable metaphor. If schools were more like stores and children thought of more like costumers, my best guess is that in spite of the ickiness, education may be in a better place. Years ago, in How We Think About Education (a post I updated in 2019), I talked about the concept of ‘brand’ in education:

“We, as a nation, cannot agree on what it means to successfully educate a child, only that whatever criteria we could surmise would likely verify our collective failure.

This is a point that cannot be overstated. While common academic standards are a step towards homogenizing and aligning what is done state by state, thus allowing for the potential of a common measurement for success, one of the very few clear truths is that the traditional multiple-choice and short answer standardized testing model is woefully inadequate at measuring learning. Comparing again our national pastimes of free enterprise, public education, and even civil rights (forget baseball), while American business thrives on brand, our public education lacks it, and this may be more damaging than it’d seem.

As a nation we love brand, and due to its ubiquity, we are culturally accustomed to its use and application. It clarifies, oversells, connects, and soothes. We come to expect and even require it, using it to evaluate with and without thought. What the concept of brand offers is commonness–a socially agreed contract in terms of visuals, value-system, history, and other requisite identities that foster evaluation, thus (hopefully) moving us all to the same page.

Brand gives us each a common UPS, a common Ford to discuss, patronize, and idea exchange about. Consider the pink-hued face of breast cancer, and its effect on how we see it, support it, and talk about it with friends and family. Brand gives us some sort of common ground–and our system of public education lacks one.”

Note that by ‘brand’ I don’t mean learning-as-business but rather let’s-clarify-as-a-field-who-we-are-and-what-we-do. Years later, there’s some of that I disagree with but the general premise seems more or less accurate: education is ‘opaque.’

And that’s where Bezos investing in Montessori schools (rather than using truly unlimited resources to create something more clear–and ‘better’–is disappointing. I’m happy to see any investment in education, whether it’s from Bill Gates and Jeff Bezos or from local families, teachers, and students. Education, like any ‘industry,’ benefits from agitation. So let’s agitate.

In Why All Education Reform Fails, I talked about–well, why most efforts at reform rarely enjoy sustained success

“Even the best school and education reform possible still de-centralizes learning, intellectual authority, and the opportunity for cultural and spiritual guidance that can only occur in local circumstances. In either case, self-knowledge, self-pace, and self-actuation are gone. Learning starts with self-awareness, affectionate knowledge of ‘other,’ and practice reaching for that which is just out of reach. This can be supported in schools, but not birthed. Learning necessitates a kind of ‘intellectual life’ and vitality that is grown in an intimacy available only in ‘places’ native to the student–one where where ‘self’ and ‘other’ share a kind of mutual strangeness and affection that nurture sustained–and sustainable–growth.”

While I’m aware of the fundamental tenets of their approach, I have not visited many Montessori schools globally so I can’t comment on how naturally that model emphasizes places and people and opportunities native to each student. Maybe they do. This is a push to support pre-school age children, after all, rather than a full-throated effort to reinvent education.

I suspect, however, that this was done in response to data that shows how vulnerable students at this age are–data that demonstrates how difficult it is for students to ‘catch up’ after they’ve ‘fallen behind.’ If you consider this, then, a shot-in-the-arm progression for the old ‘head start’ approach, it’s wonderful.

But making sure students don’t ‘fall behind’ in ‘school’ is not much different than making sure they all have equal access to the food in the cafeteria. It’s a good idea but it can’t be the idea.

In my own state of Kentucky, our governor recently announced they were ‘reinvesting’ in education–invest tens (and even hundreds) of millions of dollars in education as it is: teacher salaries, teacher retirement, new school buildings, certificate programs–$11 million for textbooks alone.

Brent McKim, President of the Jefferson County Teachers Association (the largest district in the state) said his group “applauds the unprecedented investments in public education that Gov. Beshear’s budget proposes,” going even further to applaud these “investments in our public schools” that are “essential if the commonwealth is to compete successfully in our global 21st century economy.”

Teacher salaries and retirement are critical. New buildings absolutely necessary. Even textbooks can be useful depending on the application and circumstance.

But these are not the terms of innovation, human-centered growth, or any kind of modern system of teaching and learning. Nor is the investment made by Jeff Bezos.

All of this money and effort is the kind of energy that keeps education going and so, in that way, it’s very difficult to fault. But keeping education–as it is–‘going’ is kind of the problem.

If Jeff Bezos wants to save education, he can’t think of it like he (seemingly) framed Amazon: a better version of Walmart. He succeeded in building Amazon, at least in part, because he convinced customers to think differently about shopping: what and where and how they ‘buy.’

To ‘save’ education, he needs to do the same for learning: help families think differently about learning: what and where and how they learn. 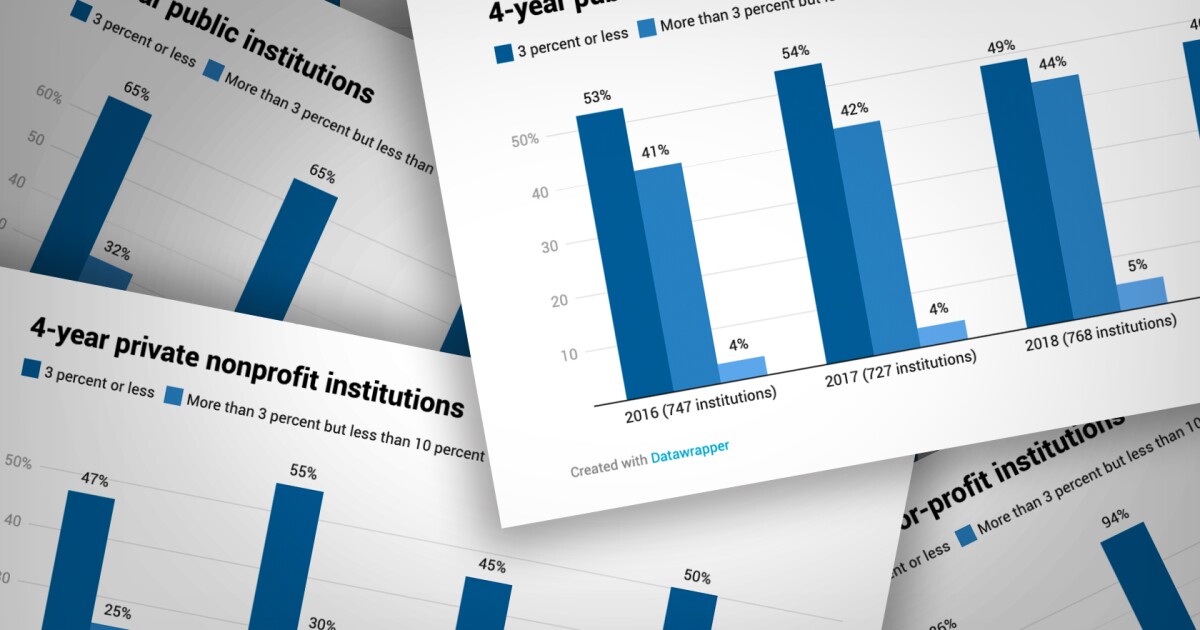 Which Types of Colleges Have the Most Undergraduates With Disabilities? Special education success, even during a pandemic