Tracy D. Hall figured that spring enrollment would be down compared with fall. As president of Southwest Tennessee Community College, in Memphis, she knew that even in ordinary times a fair number of students just don’t come back after their first semester. Given that the headcount for the fall of 2020 at Southwest Tennessee had plunged by 19 percent from the previous fall due to Covid-19, she braced for the worst.

As many four-year colleges rake in record numbers of applications and move through another admissions cycle with relatively sanguine prospects for fall classes, most community colleges still struggle with reduced enrollments and reconnecting with hundreds, or thousands, of dislodged students. And the variety among the students, a source of stability during ordinary times, makes tracking them down even more challenging during the pandemic. Covid-19’s disproportionate impact on people of color and those with low incomes — populations that community colleges often serve — makes the institutions’ road to long-term recovery uncertain.

Nationally, the enrollment picture through the beginning of the spring resembles that of last fall. While undergraduate enrollment is down 4.5 percent overall compared with last spring, according to preliminary data compiled in February by the National Student Clearinghouse Research Center, it’s down nearly 10 percent at public two-year institutions. But the realities behind the larger enrollment slump “look very different across states, across systems, and even between schools,” says Martha M. Parham, senior vice president for public relations for the American Association of Community Colleges.

One common denominator across almost all community colleges is that lower-income and first-generation students and students of color have been disproportionately represented in the enrollment declines. In the Colorado Community College System, for example, about 15 percent fewer first-generation and Pell-eligible students enrolled this spring than last year, according to system data, and about 10 percent fewer Black and Latina/o students did. Those losses hold true across institutions, says Joseph A. Garcia, the chancellor, even at suburban campuses that managed to claw back enrollments this spring.

The wide-ranging purview of community colleges’ missions, and the varied nature of their student bodies, also complicates their enrollment stories and their efforts at recovery. Hazard Community and Technical College, in Eastern Kentucky, saw its enrollment drop in the fall of 2020, due in large part to the challenges its students faced in accessing broadband internet in the hollers of its rural Appalachian surroundings. The loss in traditional-age students was compounded by a loss in high-school-age dual-enrollment students also wrestling with remote learning. Jennifer Lindon, the president, says the college was working last fall to lure back some of its dual-enrollment students for spring semester when the local school system, plagued by Covid-19 cases, shut down completely for several weeks during November and December. By the time high schools reopened, “the students were so taxed and so stressed that they didn’t want to think about dual credit,” Lindon says. Hazard’s enrollment remains about 20 percent down from last year.

There are nearly as many wrinkles to pandemic impacts on community colleges as there are institutions themselves. At Northwestern Connecticut Community College, full-time fall enrollment was up by 7 percent compared with the fall of 2019, while part-time enrollment was down by about 12 percent. This spring, full-time enrollment is roughly flat with last spring, while part-time enrollment is down 26 percent, “but it’s actually a positive, because a lot of those part-time students have become full time students,” says Michael A. Rooke, president of Northwestern and interim provost of the Connecticut State Colleges and Universities system. Rooke credits the college’s ongoing campaign to encourage students to enroll full time and to take advantage of the state’s free community-college program, which is available only to those who take 12 credit hours or more.

Other Connecticut community colleges lost significant numbers of students when Covid-19 caused state correctional facilities to be locked down, cutting off students who had been attending through Second Chance Pell Grants. Asnuntuck Community College, in Enfield, for example, lost 200 incarcerated students in the fall, according to Rooke. About half of them resumed their studies this spring.

Vaccinations are beginning to lift some of the dark clouds that have been hanging over many households for the past year, but the conditions that put education out of reach for many community-college students persist. Many are still out of work, underemployed, or struggling to pay bills, Many are still dealing with young children attending school from home at least part of the time. Many are still reeling from health problems, or the grief brought on by the death or illness of loved ones.

There’s only so much community-college administrators can do against those forces, but many are doing whatever they can to help and reconnect with students. In addition to meeting their material needs by providing laptops and hotspots as well as food and other necessities, administrators at Hazard have reached out to students past and future through a broad range of channels — some more familiar from the full-court press of four-year recruiting. In addition to telephone campaigns and emails, Hazard has added two-way texting capabilities to talk to its students. Even though in-person events have been mostly off-limits, financial-aid administrators have hosted special FAFSA events to encourage students to complete the financial-aid form, and a few drive-through registration events, where students pull through in their cars to enroll and maybe win a laptop or earbuds. “We’re trying anything and everything,” Lindon says.

Laptops and new texting capability bring new expenses at a time when most community colleges have lost tuition revenue and many are worried about future state support. “Luckily, we’re part of a system,” Lindon says, and 16 institutions together can get a better price for new software than a lone campus can. But the expenses do add up. “Community colleges aren’t necessarily resourced to do broad marketing and advertising campaigns,” says Parham, of AACC. Plus, “spending public funds to do advertisements — it’s a tricky situation.”

Just as the enrollment picture for community colleges is not good, but not uniform, so is the financial picture. Tuition revenue losses are widespread, but the pandemic didn’t damage state budgets as badly as initially predicted, so some states have avoided major cuts. An analysis by the State Higher Education Executive Officers Association found that state appropriations for public colleges fell by about 2 percent between the 2020 and 2021 fiscal years. Some states are even planning to give colleges more money. Colorado’s General Assembly, for example, proposed restoring nearly half a billion dollars in cuts from last year’s higher-education appropriation budget and adding $100 million on top. For the state’s community-college system, that means increases of nearly 13 percent to its operating budget, and about $80 million for capital projects, says Garcia, the chancellor: “We’re actually going to do very well.”

Other institutions face difficult choices. Hazard’s budget for the current fiscal year was set last spring as roughly even with the previous year on the presumption that the worst of the pandemic would be over in a few months and a bad economy might mean strong enrollment for community colleges. Instead, the college has lost about $2 million on an operating budget of about $25 million. The college isn’t in serious financial peril, says Lindon, but “I anticipate some non-contract renewals coming up in the next budget year.”

Even as community colleges move further away from the pandemic, Covid-19 could continue to strain their coffers. State support is often based on enrollments, and if those numbers are down, and remain so for a few years, “it could be that allocations are lower in the coming years,” Parham says. In states where support is based on student performance, she adds, the switch to remote learning and the number of students who have struggled with it could also have a lingering effect.

Community-college leaders are unanimous in crediting federal stimulus money for helping their institutions weather the worst of the pandemic so far. But community-college leaders still face the challenge of stabilizing their institutions and preparing them to thrive in a post-Covid-19 world. The stimulus has helped Northwestern Connecticut, “but the thing that I have to remind people is, that is one-time money,” Rooke says. “It allows us to support our students, get us through the next fiscal year, maybe the fiscal year after that, but it’s not something we can rely on.”

Hopeful About the Fall

At Southwest Tennessee, Hall is already looking toward the fall, both to have a better crack at getting prospective students to come, and to reach out to disconnected students to bring them back into the fold. For example, Memphis’s Shelby County School District, the largest in the state, has gone back to in-person classes. Former students who are parents may be free of the responsibility of assisting their own children’s remote learning for the first time since August. Hall’s recruiting staff will be able to get back into high schools to make the all-important connections with juniors and seniors.

Lindon is hopeful about the fall as well. Her admissions staff members have been able to return to high schools, Walmarts, and community events. They also have a host of new recruiting tools and tactics that they picked up during the pandemic. “We’ve learned some ways to be more flexible and more creative, and that’s always a good thing,” she says.

If Covid-19 has taught college leaders anything, however, it’s to not be too certain the future will cooperate with their plans. It’s still early for admissions, especially for a community college, but Hazard has about 50 fewer students admitted in the fall than it did this time last year. With vaccinations becoming more widespread every week, “I think that we’ll begin to see things kind of settle back down for the fall,” Lindon says. “But we’re still not where we want to be.”

Garcia, the Colorado chancellor, is optimistic that the pandemic has taught community colleges how to better provide students with support remotely, that their professors are more effective teachers online, and that faculty and staff members will largely be vaccinated by this summer.

But it’s too early to say much for certain about the fall in terms of who’s going to show up, or how many will. Talking to public-school educators in Colorado, Garcia says, the same first-generation and Pell-eligible students who have been most at risk of dropping out of community colleges during the pandemic “are more disengaged, are failing more classes, are not in regular contact with college counselors” as juniors and seniors in high school. That could mean declining numbers of high-school graduates who are less connected to the idea of going to college, and less prepared for transitioning to college and college-level work.

Garcia expects the effects may play out in community-college enrollments for several years, and that those students who do show up will need extra help. “We’re ready for them,” he says. “We just don’t know if they’re ready for us.” Has your district unified school-to-home communications? 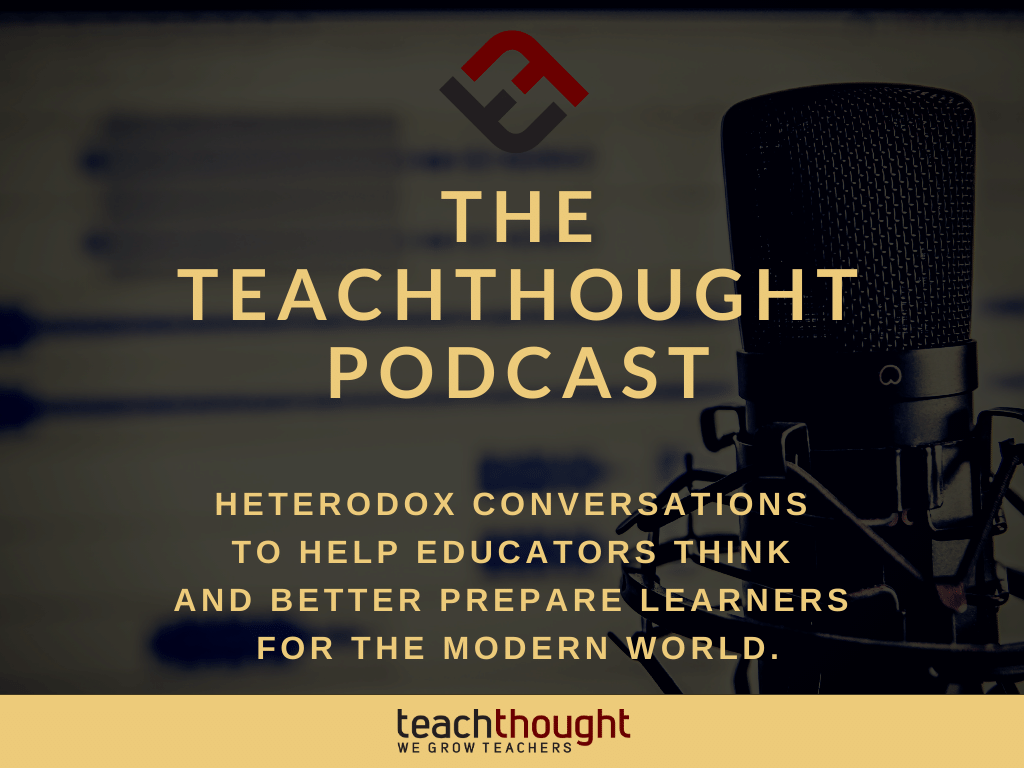