Just before Thanksgiving, professors at Texas A&M University’s campus in Qatar got an email that was both unexpected and alarming. The message, from the campus’s dean, laid out a sweeping reorganization of its liberal-arts and sciences programs, combining them into a single unit focused on teaching the core curriculum. Contracts for professors in these fields would be replaced with nine-month instruction- and service-focused appointments. Only professors in engineering, plus a handful in the sciences, would conduct research.

The changes would begin on January 1.

The proposal was greeted with dismay and confusion in Qatar and on Texas A&M’s home campus, in College Station. The swiftness and seeming finality of the plan’s implementation and abrogation of contracts appeared to run roughshod over shared governance. Although the branch campus was set up nearly 20 years ago to offer engineering degrees, it has long had a strong and distinctive foundation in liberal-arts education, and critics feared that the quality of the degree — one that bears the Texas A&M name — would be eroded.

Adding to the uncertainty: questions about the impetus for the changes. The proposal mentioned the need to “maximize the value and impact of QF’s investment in engineering” — namechecking the Qatar Foundation, the campus’s deep-pocketed benefactor. Was this a case of a branch-campus patron peremptorily having its way?

I started pulling every fire alarm I could.

At the same time, rumors swirled about a possible restructuring of the main campus, under a new president, M. Katherine Banks. Could Qatar be a trial run?

“I started pulling every fire alarm I could,” said Joseph Daniel Ura, a professor of political science at the main campus on temporary assignment in Qatar.

The alarm-pulling succeeded. At a December 12 Faculty Senate meeting, Timothy P. Scott, Texas A&M’s interim provost, said the university was “tapping on the brakes” and would appoint a committee to review potential changes and solicit faculty feedback. In an email to The Chronicle last week, Scott said appointments to the panel were still being made final and its charge and timeline formalized.

Still, the episode serves as a reminder of the complex relationship among American universities, their overseas outposts, and the foreign countries that host and almost always underwrite them. Even at an international campus that has largely been humming along for the better part of two decades, questions of quality, governance, and identity inevitably arise.

In the end, no matter what an institution promises or aims for, a branch campus ain’t the university. Here are some other lessons:

The tensions between the ambitions of host countries and western universities are unavoidable and inherent when it comes to branch campuses. Both César Malavé, dean of the Qatar campus and its top administrator, and representatives of the Qatar Foundation have stated that the education- and research-focused nonprofit group, started by the Persian Gulf nation’s former ruler, did not dictate the proposed changes. Texas A&M and the half-dozen other foreign universities that form Education City, Qatar’s higher-ed hub, “have the total absolute freedom to determine the way that they organize and the way they deliver their academic programs,” said Francisco J. Marmolejo, president of the Qatar Foundation’s higher-education arm.

“I think it is important to clarify that this is a proposal of the university,” he added of the Texas A&M plan.

The foundation may not have dictated the changes, but it drove them. Malavé has said the restructuring, and the tight window for realizing it, was precipitated by a new 10-year contract between the partners, which lays out a number of performance indicators tied to engineering research and local economic impact. While Malavé said the foundation had “zero interference” in the curriculum, it effectively set the goalposts and motivated Texas A&M to reach them.

Another Texas A&M professor, Tracy Hammond, director of the Institute for Engineering Education and Innovation, said during the December faculty meeting that the Qatar Foundation “would not budge” on its priorities. “The Qatar Foundation from Day 1 has been very, very clear that they’ve only ever wanted TAMU for their engineering,” said Hammond, who declined to speak to The Chronicle.

During same meeting, Malavé said the Qatar campus got a “failing grade” on the local impact of its research, although in a later interview, he walked back that statement as “probably too strong.” Still, he thought that the changes would make it easier for the campus to meet the new performance metrics. The shape of the proposal was also informed by his background in engineering education and belief in the integration of the humanities, science, and engineering, he said.

Kris Olds, a professor at the University of Wisconsin at Madison who studies the globalization of higher education, noted that in almost all cases, branch campuses are funded by their host nations, shifting the balance in setting an institution’s direction and agenda. Because they rely on their foreign sponsors, western universities don’t have full autonomy over their offshore campuses, Olds said. Texas A&M and its Qatar campus are “wholly dependent upon the largess of a foreign state.”

If those goals shift or evolve, that can alter or even end the partnership. Singapore, for example, struck a deal with Yale University to start a small globally focused liberal-arts college. In August, however, the National University of Singapore, the Singaporean partner in Yale-NUS College, announced it would wind down the institution over the next four years. Instead of operating a self-contained elite college, NUS’s president said he wanted to expose all of the university’s students to a liberal-arts education.

But Jana M. Kleibert, a researcher at Leibniz Institute for Research on Society and Space in Germany who studies international branch campuses, said Qatar has always looked to its foreign university partners to “cater to specific niches,” including Texas A&M in engineering, Carnegie Mellon in computer science, and Northwestern in journalism.

Still, Kleibert said partners’ objectives in offshore campuses can differ, even when they think they are aligned — for instance, western universities may see “knowledge generation” as the production of high-level research, while foreign governments may measure it in terms of human-capital development and spillover into the local economy. “They may think they’re on the same page when they aren’t,” she said.

Keeping a university’s DNA in an overseas branch campus is tough. Texas A&M’s Qatar campus awards Texas A&M degrees (“We do not write ‘at Qatar’ on our diploma,” one professor noted at the Faculty Senate meeting) and has sought to keep up university traditions in the Middle East, such as distributing Aggie rings to graduates. While the curriculum does not have to be identical, it must be equivalent.

For critics such as Ura, the political-science professor, the de-emphasizing of the liberal arts in the restructuring plan runs counter to the Texas A&M-ness of the Qatar campus. The university’s engineering degree is distinguished by its grounding in humanities, sciences, and social sciences; in fact, the core curriculum is partly mandated by Texas state law.

Many students — six in 10 of whom are women — are attracted to Texas A&M because they want to become well-rounded engineers, Ura said. The proposal, he said, “cuts against what our students want. It cuts against our identity.”

Nonetheless, as Kleibert noted, the Qatar Foundation has been deliberate in importing select programs from its partners, rather than seeking to replicate complete universities on its home soil. In fact, she suggested it is particularly American to offer a full liberal-arts curriculum on offshore campuses — as contrast, she pointed to a German campus in Oman that offers a narrow engineering education.

For the Qatar Foundation, Kleibart asks, does it make sense to have political-science classes at Texas A&M when Georgetown runs its foreign-service program in Education City? “It clashes with the ideal of liberal arts on the U.S. context, but it makes sense on the Qatari side.”

Many international branch campuses are also focused largely on teaching, without significant research portfolios, she said.

Under Marmolejo’s leadership, the Qatar Foundation has pushed the idea of a “multiversity,” seeking to encourage its foreign-university partners to “collaborate to compete” through co-teaching, joint academic programs, cross-registration, and in the future, possibly joint appointments. The aim is to “combine our capacities in order to make sure that one plus one is not two, but more than two,” Marmolejo said.

Dale Rice, an instructional associate professor of journalism who is speaker of the Texas A&M Faculty Senate, said professors were also disquieted by an aspect of the proposal that would remove oversight for tenure and promotion for Qatar faculty members in science and the liberal arts from their corresponding departments at the main campus. Severing those ties would erode a key connection back to College Station and could undermine quality, he said.

“If we’re not careful, it’s easy to see campuses abroad as stepchildren,” Rice said. “They are not. They are part of our family.”

But Malavé said some faculty in Qatar chafed at having their performance reviews dependent on department chairs thousands of miles away, with whom they have little day-to-day interaction. “I though we were mature enough to do it on our own,” he said.

Jason Lane, dean of education at Miami University of Ohio, said it is inevitable for a branch campus, especially one approaching its third decade, to evolve from its parent institution. An offshore campus must operate in two different cultural and regulatory environments, but it also is likely to become more embedded locally over time.

“I always viewed branch campuses as sort of Janus-faced,” said Lane, a co-founder of the Cross-Border Education Research Team, now housed at Pennsylvania State University at University Park, “with one face pointed at the home institution and the other looking locally.”

Governance is messy. Throw in the international element, and it gets messier. Growing pains might be inevitable as branch campuses mature. At Texas A&M, the showdown over the Qatar campus also came amid broader clashes between faculty members and the administration around leadership changes and Covid-19 policies. It’s possible that the proposal wouldn’t have blown up the way it did if tensions weren’t already running high in College Station between professors and a new president.

In particular, the Qatar proposal fanned faculty anxiety because Banks was already considering a consulting firm’s recommendations for restructuring on the home campus, including a proposal to merge three colleges into a College of Arts and Sciences, Rice said.

According to Malavé, the Qatar plans were developed separately from the main-campus reorganization. While he said he doesn’t think his proposal violated any university policies on shared governance, in hindsight, he wishes he had been more consultative and had not given the impression that it was a done deal. He promised to work with the committee of administrators and faculty members. “We will do this right,” he said.

But Rice, a former journalist, said the incident revealed how disconnected Texas A&M faculty were from the Qatar campus and decisions about it. For example, he asked why faculty leaders weren’t part of the lengthy negotiations over the latest contract with the Qatar Foundation.

This isn’t especially unusual, Kleibert said. Branch-campus agreements are often struck without much fanfare by top-level administrators, and when faculty objections occur, they are frequently focused on issues like free speech, not day-to-day governance.

Rice said he hoped this approach would change at Texas A&M. “I find it really disheartening that negotiations go on for two years, that decisions get made, but no one comes to, for example, the Faculty Senate and says, What do you think about us continuing our relationship with Qatar?” he said. “It might be a great relationship or it might be worth reconsidering. The point is, in real shared governance, somebody would have had that conversation.” 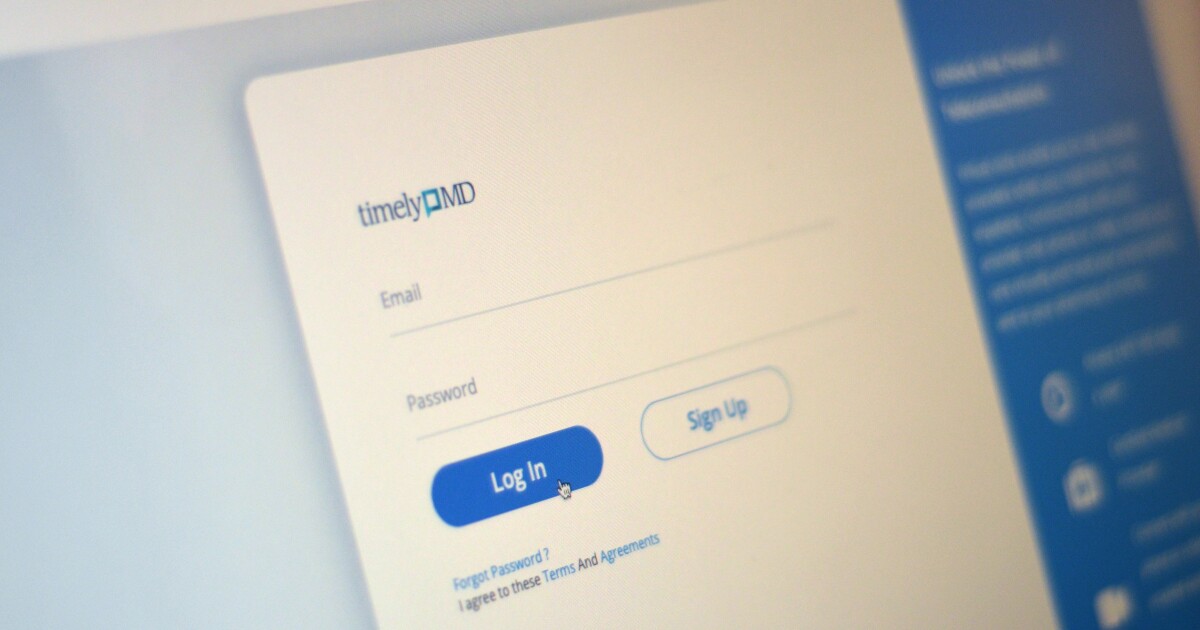 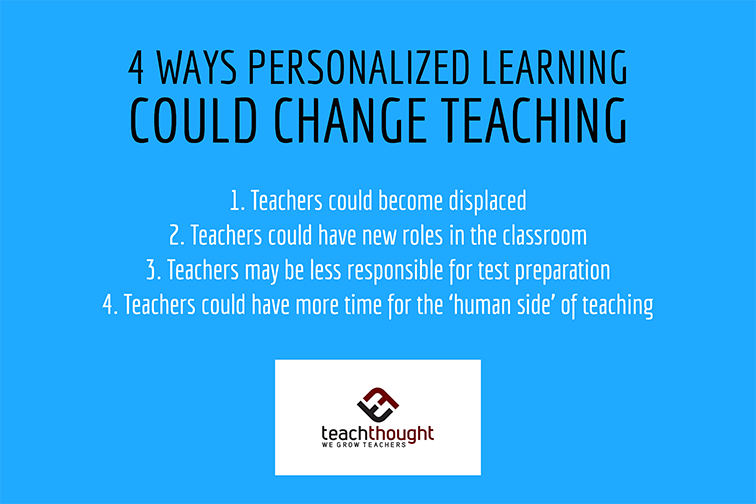